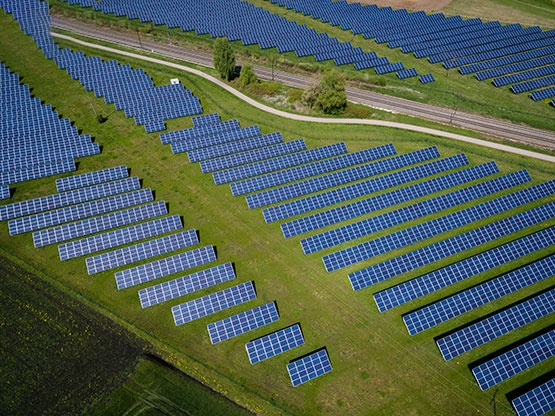 Solar power in Germany consists almost exclusively of photovoltaics (PV) and accounted for an estimated 6.2 to 6.9 percent of the country’s net-electricity generation in 2016. About 1.5 million photovoltaic systems were installed around the country in 2014, ranging from small rooftop systems, to medium commercial and large utility-scale solar parks. Germany’s largest solar farms are located in Meuro, Neuhardenberg and Templin, Brandenburg – with capacities over 100 MW.
Germany, has been amongst the world’s top PV installers for several years, with a total of installed capacity amounting to 41.3 gigawatts (GW) by the end of 2016, behind only China.
Germany’s official governmental goal is to continuously increase renewables’ contribution to the country’s overall electricity consumption. Long-term minimum targets are 35% by 2020, 50% by 2030 and 80% by 2050.