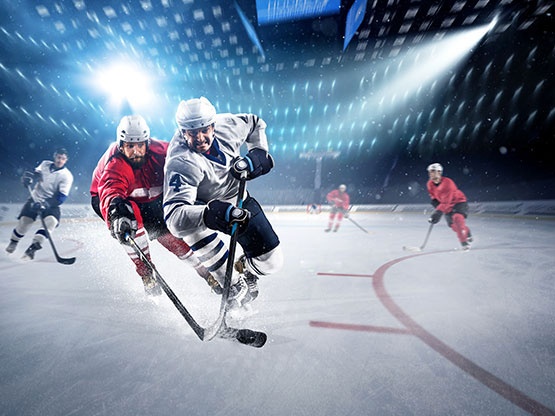 The ice rink required a camera to follow the skaters on ice during public skating sessions and displaying the images in real-time on big screens in the rink, since no recording is allowed.
CMS3 is being used to connect to the screen display system and the IP-KEY01 is used for camera control.
The rink also has 20 Provision IP cameras (models DI-340IP5SMVF, I1-340IP536, I4-340IP5VF+, DI-340IP5S36, DI-340IP5S28) installed on a 32 channels NVR (model NVR5-3280-1U).

Ice Hockey is played right here in Cape Town at the new Olympic size venue, the Ice Station – Grand West Casino complex.
The Western Province Ice Hockey Association, controls the sport in the Western Cape and has four member clubs.
clubs: the Sharks, the Rams, the Eagles and a ladies team called: the Devils. They all play in the WPIHA league from each year, from February to October. The ladies however, play against visiting ladies teams and not as the Devils in the WPIHA league.